I updated the answer to clarify this is no longer an up-to-date solution and I've provided a link to the one that looks more correct. In Swift 4.

Source To detect simulator in Swift you can use build configuration: This should be the best answer! Even Greg Parker from Apple suggested that way: May i ask why if i add this under Release this doesn't work? This is the only correct answer. On Xcode 9. Removing the "-" before the "D" solved the issue for me. Updated Info as of February 20, It looks like russbishop has an authoritative answer that renders this answer "incorrect" - even though it appeared to work for a long time.

Daniel Daniel 6, 4 36 Much better solution than accepted one. Confirmed that this works perfectly on Xcode 7: However it's worth noting that it's more limited than an actual preprocessor step. If you need some part of the code not to be included in the target e. I've edited my answer to highlight this difference. It's the solution given by Daniel.

There's no need to add it again in a free variable, it's already there. If you think having it in a struct is bad and having it in a free variable is better then post a comment about this or make your own answer. From Xcode 9. HotJard HotJard 2, 2 23 Comparing strings is more fragile that using defined constants. P1X3L5 you are right! GantMan thanks for the response. Swift 4 You can now use targetEnvironment simulator as an argument. 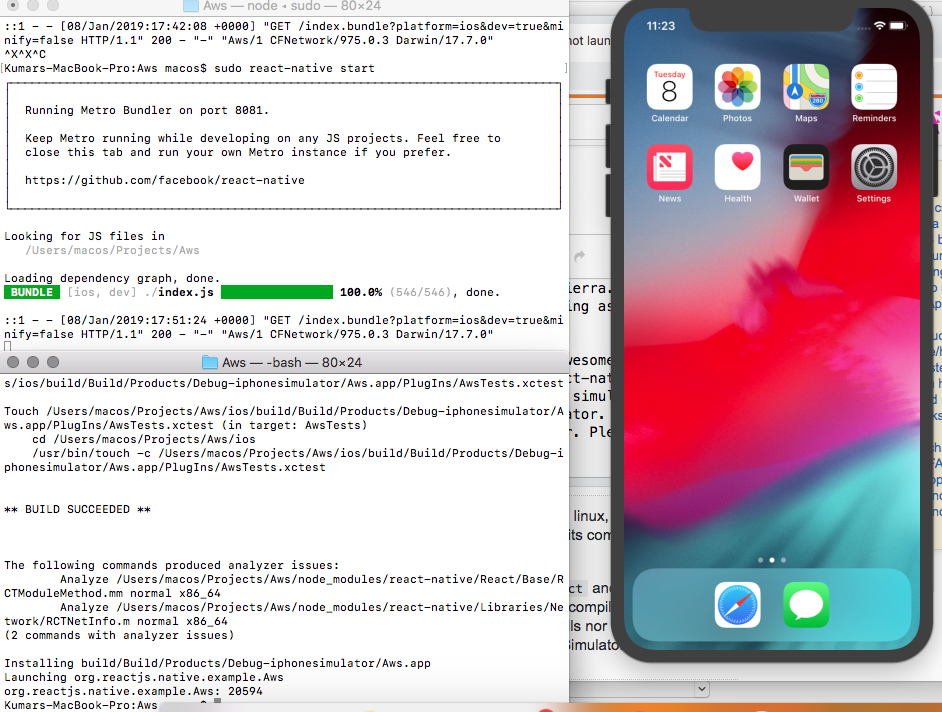 Ahmad F Matt Swift Matt Swift 1, 2 22 This should now be the accepted answer. Since computing systems change so quickly, almost every answer on SO becomes wrong over time.

How to Deploy your App on an iPhone (Updated for 2018)

Let me clarify some things here: It also isn't even possible in frameworks. This is why some people are confused about whether this works in Swift. I strongly advise against using architecture as a substitute for simulator. To perform dynamic checks: To perform static checks: Xcode 9. It looks like you have some new inside info here. Very helpful! But, I guess this is "accidental".

Kind of a bummer; because this seems like the least hacky way. As a provider of framework code that could be compiled in either Xcode 9. Or I guess use This check seems more hacky, IMO. However, did you know that there could be bugs that only show up when your app is running on an actual iOS device? Furthermore, testing your iOS app on a device is the best way to gauge performance issues before you go too far down the road.

But if you have a spare device lying around, then this tutorial will show you how to put apps on the iPhone or other iOS device. The answer is really about security. Although you might not create malicious apps to put on peoples phones, Apple cares that it can identify who created the app and that it can tell if the app has been tampered with or not. These security measures are ensured by a process known as code signing. Yes, you read that right! Now it might happen you encounter a little hick-up along the way and so you will have to do it yourself.

Your certificate is used to code sign the apps and they uniquely identify you. In this step, we have to generate and request two certificates: We only need to do this once not for each app! Launch Xcode 10 and go to your preferences menu. Fill in your Apple iOS developer account details here. Read more….

If you Google it you'll find this thread on Stack Overflow and this code in particular: While updating a new Core Data app to Swift 2 I've found a few situations where either there doesn't seem to be any official guidance on best practices, or worse, what I'd consider bad recommendations.


Functions are first-class citizens in Swift. They can be stored in a variable or constant, passed to another function as a parameter, or returned as the result of another function.